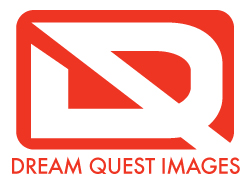 Dream Quest Images was an effects firm established in 1979 by Hoyt Yeatman and Scott Squires. The company worked on more than one hundred projects ranging from films, shows and commercials.

In 1996, they were bought out by Disneynote  this was before either they bought Pixar, Marvel Comics, Lucasfilm, 20th Century Fox, and their subsidiaries to enter the then-emerging VFX market, serving as their equivalent to Sony's Imageworks and Fox's VIFX divisions. Their last movie under the Dream Quest banner was Bicentennial Man, after which they became a division of Walt Disney Feature Animation (presently known today as Walt Disney Animation Studios) and renamed The Secret Lab, where they provided computer animation for their 2000 film, Dinosaur. Their last film under that name was Reign of Fire, as Disney folded it into WDFA the year of its release to cut costs.

See also the aforementioned Pixar and Industrial Light & Magic, which were both later bought by Disney (in 2006 and 2012, respectively).

Other movies and shows worked on by Dream Quest/The Secret Lab include: