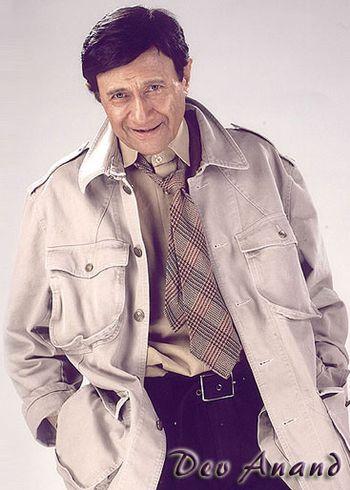 Dharam Devdutt Pishorimal Anand (26 September 1923 – 3 December 2011) was a famous Indian Bollywood actor and film producer. In his prime, he was considered the ultimate suave, urbane gentleman-Bollywood's answer to Gregory Peck or Cary Grant. He was the second of three brothers who were active in Bollywood. His elder brother Chetan Anand was a film director, as was his younger brother, Vijay Anand. Their sister was Sheel Kanta Kapur, the mother of renowned Hindi and English film director Shekhar Kapur.