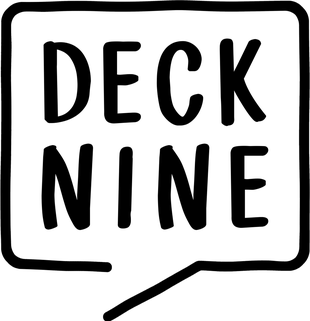 Deck Nine is a Video Game development company based in Colorado, and it is formerly known as Idol Minds.

The studio was founded by Mark Lyons and Scott Atkins, and they made a lot of games for Sony's various consoles before switching briefly over to mobile in the mid 2010s.

In 2017, they announced that they were shifting their company focus onto narrative adventure games and rebranding themselves as Deck Nine Games, named for the eponymous ship deck in Planetfall. About two weeks later, at E3 of that year, they debuted a trailer for their first game under the new branding: Life Is Strange: Before the Storm, a prequel to 2015's Life Is Strange, published by Square Enix. Before The Storm was, like the first game, a critical and commercial success, and it established the studio as a solid new entrant in the narrative games genre.

The studio is currently working on an unannounced game also published by Square Enix.

Video games developed by this company as Idol Minds:

Video games developed by this company as Deck Nine: