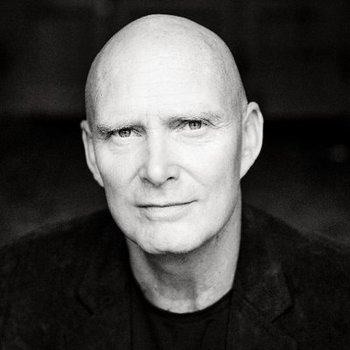 "As an actor, you're normally only attached to a role, if it's in theatre, two or three months; or a film, same kinda period, maybe. 19 years is a whole different ballgame. So the level of knowledge or intimacy feels really, really real. It feels like, y'know, my best mate, my drinking buddy. And trust me, I don't know anyone who kills people for a living. (I know a few people I'd like to kill.)"
—GAMINGBible

David Bateson (born February 9, 1960 in Durban) is a South African actor and voice actor based in Denmark.

He is best known for portraying the character Agent 47, a bald contract killer with a barcode on his head, and the main protagonist of IO Interactive's Hitman video game series. That series gets a lot of mileage out of his whiskey-voiced narration (not unlike David Hayter in Metal Gear, Michael Ironside in Splinter Cell, or Stephen Russell in Thief), adding a few nice moments of melancholy and, at times, dry humor to the character.

Bateson has voiced 47 in every game in the franchise so far; Square Enix briefly considered replacing him for the fifth game, Absolution, but that didn't happen. In this interview, according to Bateson

, fan backlash at the voice change, as well as the diminishing number of pre-orders for the game forced IOI to secretly record new lines for 47, which were then shown off to Square Enix, and they both agreed that the voice of Bateson still worked. This entire scenario was later used as a Development Gag in Hitman (2016)'s "The Icon" level, where the target, Dino Bosco, is voiced by the actor that would've replaced Bateson, William Mapother, and a few NPCs complain about the actor choice, and wanting "Dave Bateson" to play Icon instead, or threaten the studio with a petition (mirroring the real life incident).

Bateson's voice is featured in quite a few commercials. Yes, that is indeed him declaring, "A man has fallen into the river in LEGO City!

He made his acting debut in the 1994 film Prince of Jutland, which also happened to be the acting debut of a certain Andy Serkis.