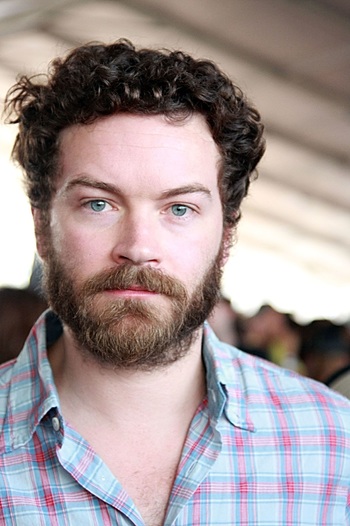 Daniel Peter Masterson (born March 13, 1976) is an American actor best known for That '70s Show and The Ranch.

He is married to actress/singer Bijou Phillips and they have one child. His siblings are actors Christopher Masterson, and half-sibilings Jordan Masterson, and Alanna Masterson. He is a Scientologist.

In March 2017, Masterson was accused raping several women in the early 2000s, which resulted in him being fired from The Ranch later that year and having his character written off. He was also dropped by his agency and hasn't had any acting work since 2018. He was investigated and later arrested in May 2021, and he was released on bail. His criminal trial began in October 2022, and he has so far pleaded not guilty. The trial ended with the jury deadlocked, and a mistrial was declared. A second trial is currently set for March 2023.