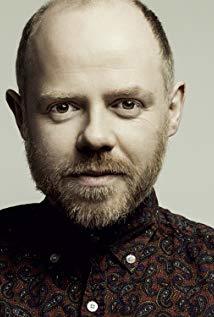 Dan Starkey is an English actor. He is best known for his various roles in the Doctor Who franchise. After being cast as a Sontaran in Series 4 of the revived series, he was given the opportunity to play the character of Strax in the episode "A Good Man Goes to War". Strax went on to become something of an unofficial mascot for the series during its 50th anniversary as well as part of the popular Paternoster Gang alongside Madame Vastra (Neve McIntosh) and Jenny Flint (Catrin Stewart). There was even talk of a spin-off featuring the characters, though this ultimately happened in the form of audio plays from Big Finish Productions. Although Starkey mostly played characters that required him to wear masks, he finally got to show his actual face in the 2014 Christmas special as one of Santa's elves.

Apart from Doctor Who, Starkey was a series regular on the science fantasy show Wizards vs. Aliens and the children's sketch comedy Class Dismissed. He also had a voice role in the film Sherlock Gnomes.

Starkey has also written various scripts for Big Finish, including one featuring the Paternoster Gang.