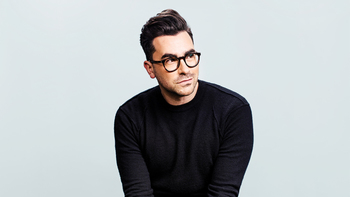 Daniel Joseph Levy (born August 9, 1983 in Toronto, Ontario) is a Canadian writer, actor, tv host and producer best known for creating and starring in the television series Schitt's Creek with his father Eugene Levy. Most recently, he created and hosts a cooking Reality Show called The Big Brunch. Previously, Levy was a host on MTV Canada and was a co-host on the first two seasons of The Great Canadian Baking Show.

For his work on the final season of Schitt's Creek in 2020, Levy became the first person in history to win Emmy Awards for writing, directing, acting, and producing in the same year.