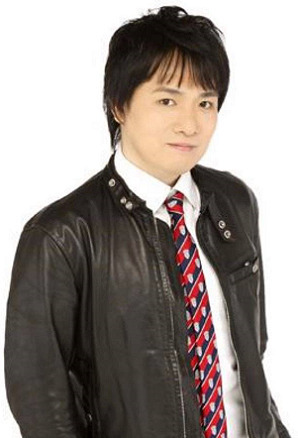 Daichū Mizushima (born June 14, 1976), formerly Takahiro, is a seiyu whose roles are usually of the Bishōnen variety. He is initially affiliated with Production Baobab and in June 2011, joins Axl-One. On April 1, 2022, he became freelance and at the same time, changes his stage name where instead of using his real name (Takahiro Mizushima), he would go by the name, Daichi Mizushima. Though he mentioned that the kanji of his name is not changed.

Has collaborated with Daisuke Kishio as singers.

Tropes associated to his career: