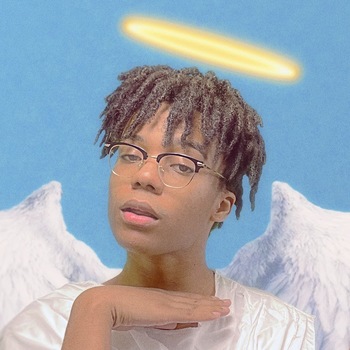 D'Angelo Wallace is an American YouTube creator, best known for his video commentaries about controversial YouTube creators and other sensitive topics.

Wallace's original channel was created in 2018 and focused on art related topics. He started a secondary channel in 2020 where he focused on subjects that ranged from social commentary on other YouTube creators as well as entertainment and pop culture.

In July 2020, Wallace released a trilogy of videos detailing the controversy surrounding internet personalities, Jeffree Star, Shane Dawson and Tati Westbrook. His videos were some of the most viewed regarding their scandals of that year and gained recognition for their research, detail and attention given to the creators' negative actions. Following the video focusing on Shane Dawson, Wallace's subscriber count jumped from 630,000 to over 1 million. He would later elect to remove the Shane, Jeffree, and Tati videos from his channel and not make more of the type, citing the strain they placed on him to make and the outdated information regarding James Charles which he felt painted him as too sympathetic in hindsight.

Wallace has also made videos discussing Jake Paul and his brother, Logan Paul as well as the Netflix movie, Cuties.