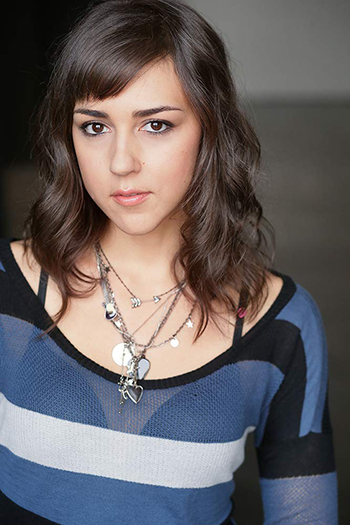 Cyrina Fiallo (born December 29, 1991) is an American actress. She is perhaps best known for her recurring role as Vonnie on the Disney Channel sitcom Good Luck Charlie. She also has guest starred on Everybody Hates Chris, Community, Gigantic, Glee, Switched at Birth, Girl Meets World, and Supernatural. She also starred in the internet television series My Alibi and The Subpranos, the latter of which she co-wrote, co-directed and co-produced with fellow actress Chrissie Fit.