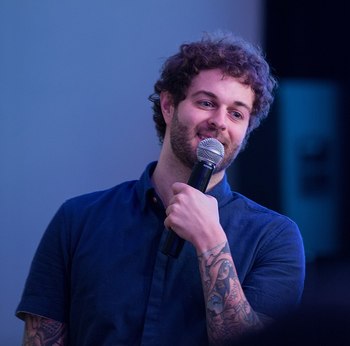 Curtis Lepore is an American actor and was a popular internet creator on the now-defunct Vine.

Before his popularity on Vine, Lepore was the frontman of a straight edge hardcore band, GhostXShip. In 2012, Lepore left the band and helped provide lead vocals for another band named No Zodiac.

In 2013, Lepore was accused of raping his ex-girlfriend, Jessi Smiles when she was recovering from a concussion. Charges were filed in 2014 and after taking a plea deal, the charges were changed to felony assault.