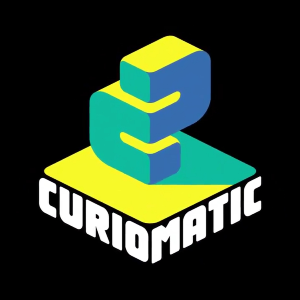 and art project created by "Artsy" Omni Jacala with the purpose of analyzing and creating art and character design from video games. It hosts several shows:

The collective initially debuted as only Smashified

and started with a bang with the release of an elaborate hoax announcing the coming of Rayman in Super Smash Bros. for Wii U, which received a wild media coverage before being revealed by Omni himself as a fake. Prior to that, some Omni creations such as Bomberman, Geno and various Kirby hats in the style of Brawl were already shared within the Smash community but mostly uncredited. Before the "Rayman leak" he also unsuccessfully tried to "leak" Klonoa on GameFAQs. The channel has done 22 characters so far in the Smash style since then, plus a bunch of trophies based on objects and less noteworthy characters.

While Smashified initially was the main focus of the channel, side projects were being done in the interrim that expanded on the channel's basic premise of game asset and concept creation. After a series of hiatuses and hints through an Alternate Reality Game, the channel was given an overhaul in 2018 to put more emphasis on development projects like their side work, with Smashified becoming a sub brand during the change.

Curiomatic runs on interactions with the gaming community, and often collaborate with artists outside the collective to work on projects. Smashified, for example, used fan discussion on Twitter to decide which characters they would "smashify" next. Other projects like Snowboard Kids 3 and Bomberman Hero also incorporate well-known fans of their respective series for design input.

The collective is now composed of several artists: