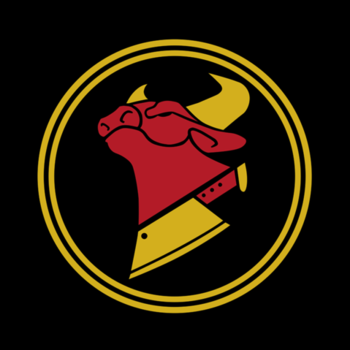 Cow Chop was a comedy group and associate of Rooster Teeth, mainly composed of Uber Haxor Nova, ImmortalHD and Brett Hundley. It's seen as the successor to The Creatures, although is significantly less game-oriented and is more focused on dicking around as intensely as possible.

It had an impressive start, but a series of setbacks note including, but not limited to: Getting demonitized the moment the channel launched, getting kicked out of their filming house, Nova breaking his leg during a stunt, many, many employees leaving to pursue other careers (including Nova himself, in part due to the aforementioned leg break), robbers smashing a truck into their office/warehouse and stealing a bunch of stuff, etc. meant that the project has decided to end at the close of 2019, bringing its total life to about three and a half years.

Cowchop has two unofficial spinoffs in the form of Offcanny, a channel run by former employees Alec, Jakob and Garrett, and Muscle Party, run by Brett, that has used their old warehouse for filming.