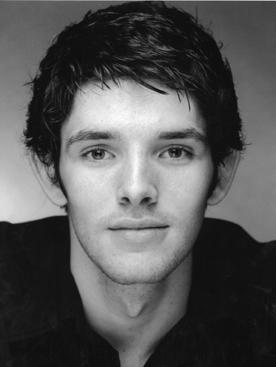 Colin Morgan (born 1st January, 1986) is an actor born in Armagh, Northern Ireland. He is best known for playing the title character in The BBC series Merlin. Morgan went to Integrated College Dungannon in Dungannon; in his third year, he won the Denis Rooney Associates Cup, an award for being the best overall student of that academic year. After gaining a National Diploma in Performing Arts (Acting) and studying at Belfast Institute of Further and Higher Education in 2004, Morgan graduated from the Royal Scottish Academy of Music and Drama in 2007. In November 2010, the Belfast Metropolitan College gave Morgan an Award of Distinction for his contribution to the arts. He won the National Television Awards 2013 for Best Drama Performance male with his Star-Making Role Merlin.

Morgan is widely praised for his expressive acting and his skill with accents (to date, he has taken on an English accent for Merlin, Scottish for Island, and an Irish accent different from his own for Parked).Besides his TV and film roles, he also has a strong stage career. He has played Vernon in Vernon God Little, Sebastian in All about My Mother, Carlos in Our Private Life, and Ariel in the 2013 production of The Tempest by Globe Theatre.Some interviewers have noted his penchant for playing characters who are the minority and/or ostracized by society (Merlin is a good example). His characters also tend to have a lot of angst. He apparently speaks cat.