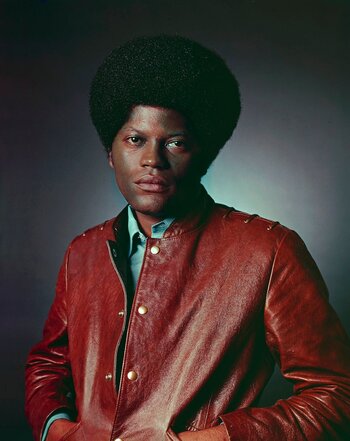 Clarence Williams III (August 21, 1939 – June 4, 2021) was an American actor. Williams is best known for his starring role as Linc Hayes in the police procedural The Mod Squad.

After spending time in the military as a paratrooper, Williams pursued acting as a career. He acted on stage and on Broadway and earned a Tony nomination for his performance in the play Slow Dance on the Killing Ground. Williams also acted in television and film, eventually landing the role of Linc Hayes in The Mod Sqaud, a groundbreaking role as the character was not a Black American stereotype. Williams also played Prince's father in the film Purple Rain and continued to work in the industry throughout the decades.

Williams died on June 4, 2021, after a fight with colon cancer. He is survived by his sister, his daughter, niece, and his grandchildren and grandnieces and grandnephews.

Williams was married to actor Gloria Foster for 5 years, they remained friends after they split and until her death in 2001.