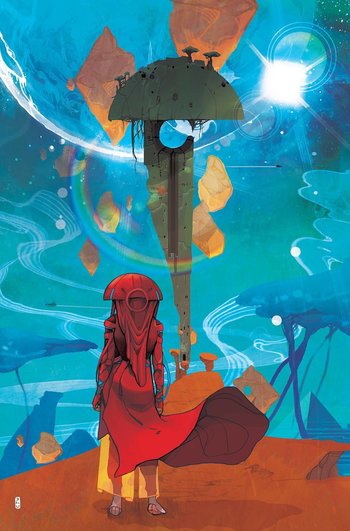 The cover to Invisible Kingdom #1. And this is one of his less strange works.
Advertisement: