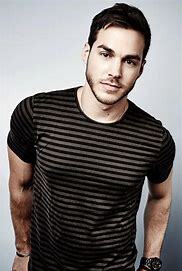 Christopher Charles Wood (born April 14, 1988, in Ohio) is an American actor known for his roles as Kai Parker on The Vampire Diaries and Mon-El in Supergirl (2015). He also voiced He-Man in Masters of the Universe: Revelation. He is also married to Supergirl co-star Melissa Benoist.