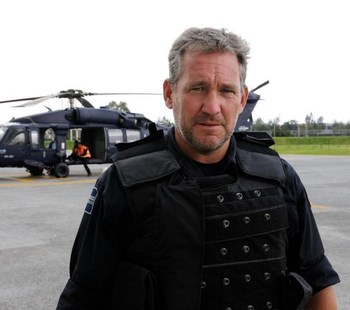 Joining the British Army at age 16, he eventually managed to join the elite Special Air Service. During the Persian Gulf War, he was part of an eight-man squad, Bravo Two Zero, tasked with infiltrating Iraq. They were soon compromised, and forced to retreat. Ryan was the only member of the team to not get killed or captured, making a 300 km trip on foot to Syria, for which he was awarded the Military Medal.

Since leaving the SAS in 1994, he has written a number of books, produced and presented a number of television shows, and served as a security/military adviser and consultant for many more.