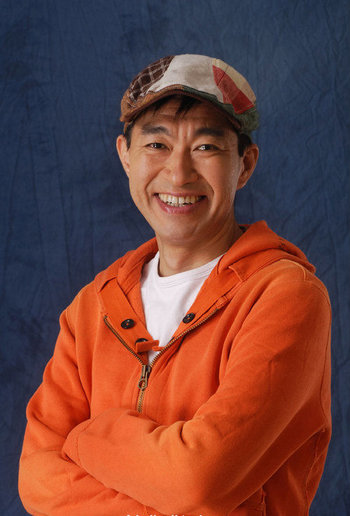 Shigeru Nagashima (born December 15, 1967), better known by his current Stage Name Cho, is a Japanese voice actor. When he started his career, he became known as Yuichi Nagashima, and it wasn't until 2006 that he changed to his current name, in honor of his character in Tanken Boku no Machi.

He has voiced a wide array of characters over the years, and more particularly, old men both cool and dirty. His hobbies include badminton and jogging, and he's also a licensed teacher in calligraphy.

Other notable roles in which he has worked: