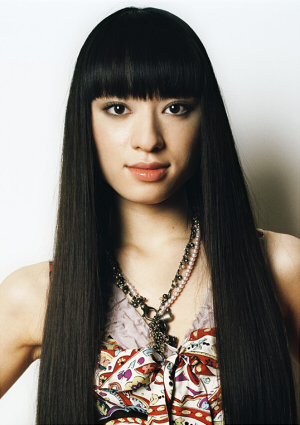 "I want to keep the existence of Chiaki Kuriyama a blur."
Advertisement:

Chiaki Kuriyama (born October 10, 1984 in Tsuchiura, Japan) is a Japanese actress best known in the west for her roles as Gogo Yubari in Kill Bill and Takako Chigusa in Battle Royale.

Born in Tsuchiura, Japan, she was a child model during the boom in the mid-'90s. She got her start as an actress with the films Shikoku and Ju-on note the original Japanese movie adapted as The Grudge in the US. Her role in Battle Royale caught the eye of Quentin Tarantino who cast her in her iconic role in Kill Bill.

She has also studied ballet and gymnastics and released a few albums.

Tropes relevant to this actress: