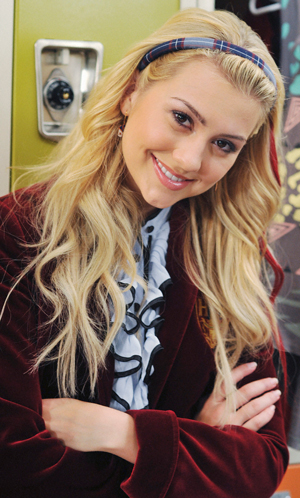 Chelsea Kane Staub (born September 15, 1988 in Phoenix, Arizona) is an American actress and singer. Her first starring role was in the 2007 film Bratz: The Movie. She is best known for her role as Stella Malone in the Disney Channel Kid Com Jonas (now titled Jonas L.A.).

In 2008, she acted in the Disney Channel Original Movie Minutemen as Stephanie Jameson. She appeared in one episode of Wizards of Waverly Place, and she starred in the movie Starstruck as Christopher Wilde's "girlfriend", Alexis Bender. In 2010, Staub made her voice acting debut in the Disney Channel animated series Fish Hooks, playing the role of Bea.

In early 2011, she has stared in "The Homes", a Web Original series by Lockerz.com. She currently portrays Riley Perrin on the ABC Family sitcom Baby Daddy.

Has recently changed her name to Chelsea Kane. According to her, it was because no one could pronounce or spell "Staub" right.