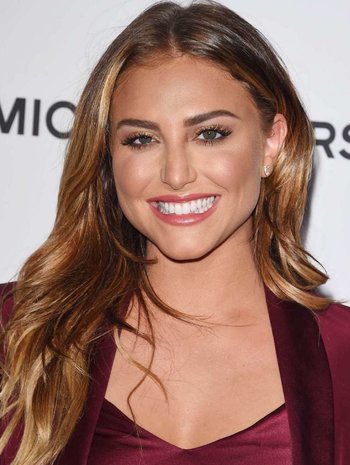 Cassandra Lynn Scerbo (born March 30, 1990) is an American actress, singer and dancer. She was one of the members of the all-girl pop band Slumber Party Girls in the CBS children's music variety series Dance Revolution. In acting, she starred as Brooke in the film Bring It On: In It to Win It, as Lauren Tanner in the ABC Family comedy-drama series Make It or Break It, and as Nova Clarke in the Sharknado film series alongside Ian Ziering and Tara Reid.