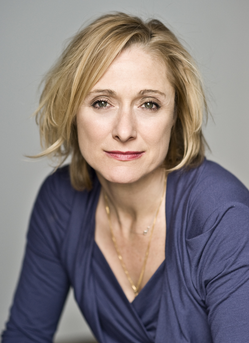 Caroline Goodall is a British actress who has worked for multiple decades in film, on stage, and on television. She's additionally served as a screenwriter occasionally. Born 13 November 1959 in London, England, she graduated from Bristol University and got started on television as a teenager, appearing in the 1978 BBC series The Moon Stallion. Over her long film career, she's appeared in numerous movies but has been arguably best known as Emilie Schindler in the critically acclaimed historical piece Schindler's List, which came out in 1993.

Tropes associated with Goodall's work include: