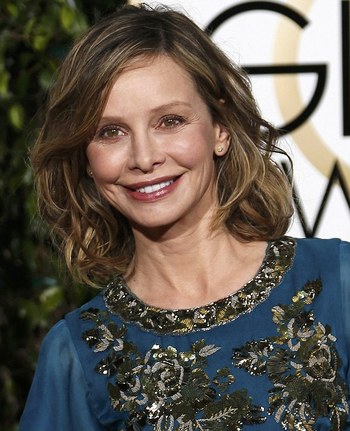 Calista Kay Flockhart (born November 11, 1964 in Freeport, Illinois) is an American actress. She played a few notable roles on Broadway before landing the title role of Ally McBeal, which also starred her college friend Jane Krakowski. Flockhart is also known for roles on Brothers & Sisters and Supergirl (2015). She has been married to Harrison Ford since 2010, and they have an adopted son.