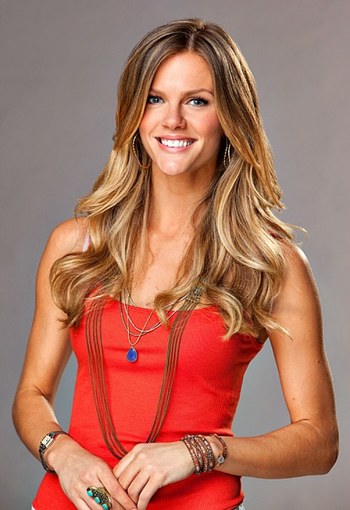 Brooklyn Decker (born on April 12, 1987 in Kettering, Ohio) is an American model and actress best known for her regular appearances on the Sports Illustrated Swimsuit Issue, including the cover of the 2010 issue.

Her career began in 2006, where she began appearing on Sports Illustrated. Her career as an actress would not begin until the year 2009, where she appeared in an episode of Chuck. Since then, she's appeared in several television series and films, such as Just Go with It, Battleship, and The League.