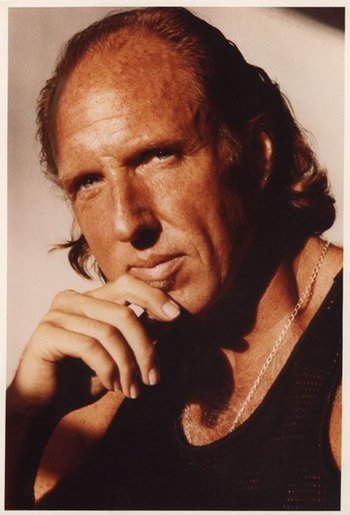 "I play out negative fantasies for people. I'm the guy people love to hate. And they always remember the bad guy."
Advertisement:

Brion James (February 20, 1945-August 7, 1999) was an American character actor best known for playing Leon Kowalski in Blade Runner. James often played villainous characters, most of whom served as The Heavy, though he occasionally Played Against Type. He passed away just before the turn of the millenium from a heart attack at the age of just fifty-four.