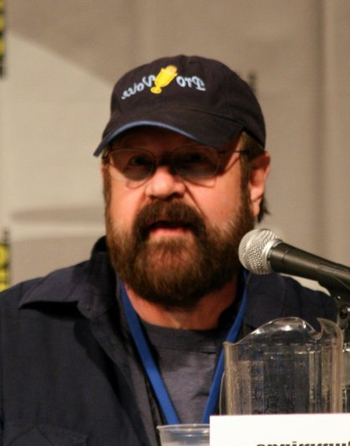 Are you writing a new page? Isn't that cute... but it's wroooong!

Brian Cummings (born March 4, 1948 in Sioux Falls, South Dakota) is an American voice actor. Starting out working in radio, Brian branched out to voice acting in the 1980s and hasn't looked back since.

Aside from his voice acting roles, he is also probably best known for his work as a voice-over artist on a myriad of trailers and home video promotions, especially Disney; alongside fellow voice artist Mark Elliott, he has provided his voice to numerous trailers, promotions, and home video bumpers for Disney and its subsidiaries since circa 1987. He has also lent his voice to trailers from other companies like Sony, Paramount, and Warner Bros., among others.

Example of:
NO INDOOR VOICE