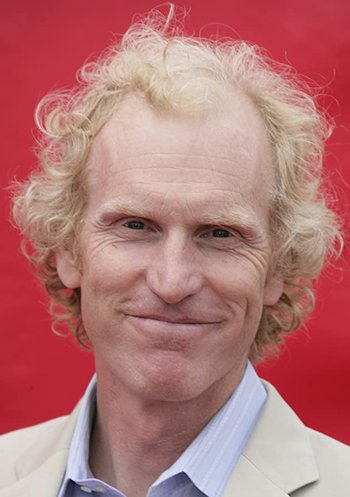 Like most SNL cast members during Dick Ebersol's era, Hall is considered a forgotten cast member thanks to Eddie Murphy and Joe Piscopo stealing the spotlight during that timenote even Hall's own wife, Julia Louis-Dreyfus, fell victim to this [though when Murphy and Piscopo left before season 10 started, she did get more screentime] and the only reason people remember her now as a cast member is because she came back to host in 2006 and a big deal was made back then that she was the first female SNL cast member to host. Not even being a Weekend Update (or "Saturday Night News", as it was called) anchor made him stand out (which is why Ebersol got rid of Hall as Weekend Update anchor in the middle of season nine and experimented with having male celebrity hosts, like Robin Williams and Don Rickles, take over the anchor desknote originally, Ebersol wanted Tim Kazurinsky to do it, but Kazurinsky was friends with Brad Hall and didn't want to betray him). However, Hall's turn as Weekend Update anchor is worth another look, as it did manage to recapture the dry wit that the "Not Ready for Primetime" Weekend Update anchors (Chase, Curtin, Aykroyd, and Murray) hadnote though it would be a few more years before Dennis Miller's Weekend Update brought that segment back from the dead and returned to being the reason to watch SNL in case any of the sketches or performances weren't up to par. Outside of "Saturday Night News", Hall had three recurring characters (The Human Staplernote a member of the superhero team, "The Interesting Four", who can bind enemies with his hands, Larry Rolansnote the host of "Larry's Corner", and Michael Phillipsnote friend of Gary Kroeger's "El Dorko" character) and six celebrity impressions (John DeLorean, John Hinckley, Noel Paul Stookey of Peter, Paul, and Mary; Pete Best, Walter Mondale, and William F. Buckley).