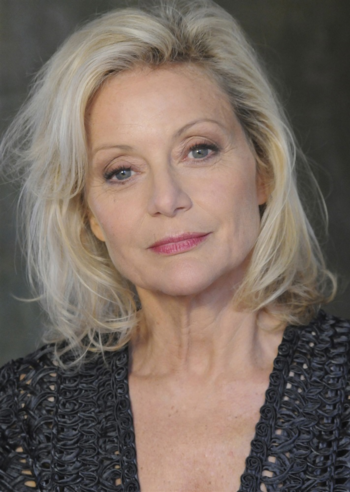 Blanche Ravalec (born September 19, 1954 in France) is a French actress and voice artist.

She's had small roles on TV and in French films since the 1970s. The movie role she is most well known for is Dolly, the young blonde woman with pigtails who becomes the Love Interest of Jaws (Richard Kiel) in the James Bond film Moonraker.