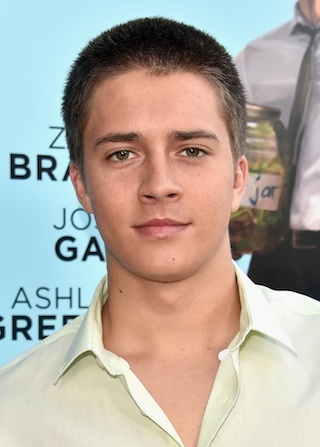 William Brent "Billy" Unger (born October 15, 1995 in Palm Beach County, Florida) is an American actor. Born in south Florida, Unger first made his mark in 2007 when he played Charles Gates, an ancestor to Nicolas Cage's character in National Treasure 2: Book of Secrets. Since then, he has appeared in minor roles on television shows like Desperate Housewives, Terminator: The Sarah Connor Chronicles, and Scrubs. In 2012, he debuted in the role for which he is best known: bionic teenage genius Chase Davenport on Disney XD's sci-fi sitcom Lab Rats. Alongside the likes of Spencer Boldman, Kelli Berglund, and Tyrel Jackson Williams, Unger helped guide Lab Rats to becoming Disney XD's top rated live-action show. After the show ended in 2016, Unger, now billed as 'William Brent moved to a spinoff series called Lab Rats: Elite Force.

Tropes that apply to Billy Unger: