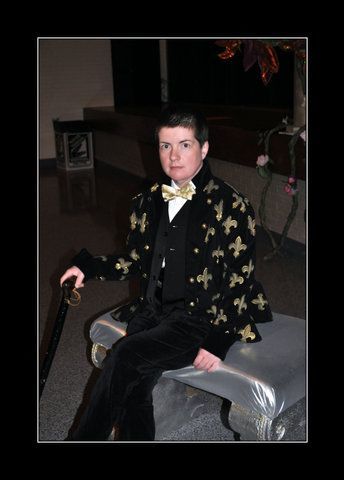 Billy Martin (formerly known and published under the name Poppy Z. Brite; born May 25, 1967) is an American author.

Early in his career, he wrote two sucessful horror novels—Lost Souls and Drawing Blood— known for their violent imagery, their baroque-verging-on-Purple Prose, and their frequently homosexual and bisexual casts of characters, as well as several similarly-themed short story collections, that appealed heavily to mid-1990s Goth sensibilities. Martin found himself feeling bored and limited by both the horror genre and negative critical reviews claiming that Martin himself was "typecast" as an author of Goth novels. The final straw came when his contracted third novel, Exquisite Corpse (about a pair of gay serial killers in love), was declined by both his American and UK publishers as being "too nihilistic" and "a bloodbath without justification." While the book eventually found a publisher, this experience, along with other behind-the-scenes issues in the publishing world, drove him to seek a break from horror writing.

Martin, a serious foodie familiar with New Orleans restaurant culture, branched out into the LIQUOR series, which revolved around two gay line cooks, Ricky and G-Man, who open a restaurant (the titular LIQUOR) where every dish is themed around a different type of alcohol. While the series developed a modest following and was well-known for its luscious Food Porn (seriously, don't read while hungry), it was not a critical success. Martin has indicated that he felt further demoralized by the tragedy of Hurricane Katrina, unable to write stories set in his beloved New Orleans after witnessing the destruction. This combination of events caused Martin to announce his retirement from publishing, while stressing that writing is still a part of his identity.

Long known as a transgender man, he later began his public transition and announced his preference for male pronouns. In mid-2012, he began using his current name, though his previous works are still published under his professional name of Poppy Z. Brite. While still being officially retired, he has on occasion independently published short stories in chapbook and ebook formats.

Not to be confused with the late baseball player and manager publicly known as Billy Martin, born Alfred Manuel Martin Jr. If you enter just "Billy Martin" on The Other Wiki, you get sent straight to the baseball figure's page.

This author's work provides examples of: