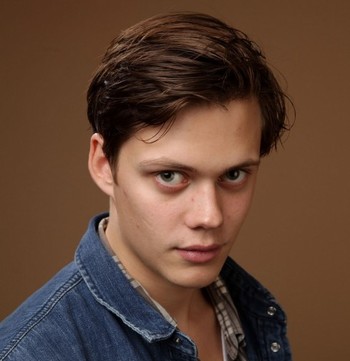 Skarsgård is best known for portraying Pennywise the Dancing Clown in the 2017 and 2019 film adaptations of Stephen King's It. Succeeding Tim Curry's beloved portrayal of the same character, Skarsgård received much praise for his performance.

He's also recognized for portraying Roman Godfrey in the horror series Hemlock Grove, one of Netflix's first original scripted dramas. Since then, he's appeared in other mainstream American projects, like Atomic Blonde and The Divergent Series: Allegiant. He will return to the world of Stephen King in Hulu's 2018 series Castle Rock, based on various stories by the writer.

He is the third son of Stellan Skarsgård and the brother of actors Alexander, Gustaf and Valter Skarsgård.