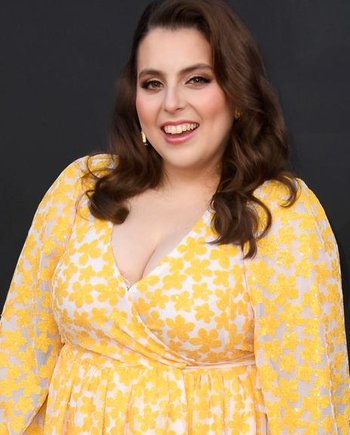 American actress, born Elizabeth Greer Feldstein on June 24, 1993 in Los Angeles, California. Her first big role was as Nora in Neighbors 2, which she followed up with the role of Julie in Lady Bird. Her first starring role (Molly in Booksmart) gained much acclaim.
Advertisement:

Feldstein is the younger sister of Jonah Hill. She's also been close friends with Ben Platt since high school, and has been tapped to star as the Mary to his Charlie in Richard Linklater's 20-year adaptation of Merrily We Roll Along.