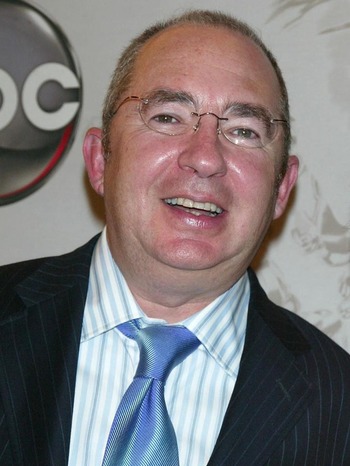 Barry Sonnenfeld (born April 1, 1953) is an American film/TV director and former cinematographer for The Coen Brothers. Known for having directed films such as The Addams Family and its sequel, Addams Family Values, along with the Men in Black trilogy.

Behind the scenes, he's known for his quirk of directing while dressed as a cowboy

◊ sometimes astride a saddle mounted on a wheeled cart

Films and television series directed with pages on TV Tropes: