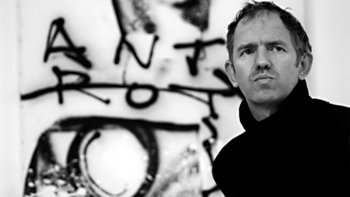 Anton Johannes Gerrit Corbijn van Willenswaard (born 20 May 1955) is a Dutch photographer, graphic designer, album cover designer and film director, best known for his close association with rock artists, for whom he has become one of the most famous in his field. His work has been featured in magazines like Oor, Rolling Stone, New Musical Express,... and won many prizes over the years. It has been exhibited in art galleries and the man himself was also subject of a 2012 documentary.

When you are a rock fan, you've probably been exposed to his work more often than you would expect. Many iconic photos of Herman Brood, Joy Division, U2, Miles Davis, Captain Beefheart, Bruce Springsteen, Björk, Elvis Costello, Simple Minds, The Rolling Stones, R.E.M., The Killers, Metallica, Nick Cave, Siouxsie and the Banshees, The Cramps, and other bands that you're familiar with were taken by him. He also directed many famous music videos, including "Pride" and "One" (U2), "Heartshaped Box" (Nirvana), "Atmosphere" (Joy Division), "Headhunter" (Front242), "Personal Jesus" (Depeche Mode) and designed the cover art of albums such as Automatic for the People by R.E.M. and The Joshua Tree and Achtung Baby by U2.

Since the 1990s Corbijn has also become notable as a film director, with Control (2007), a Biopic about Ian Curtis from Joy Division as his most well known picture.