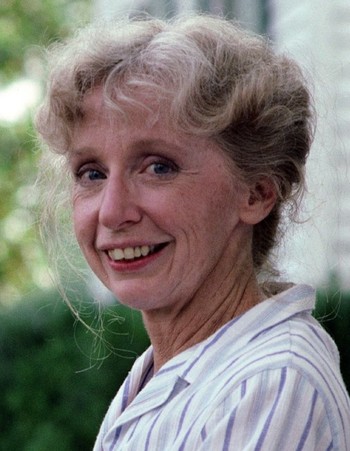 Anne Ryan Thomas Haney (March 4, 1934- May 26, 2001) was an American character actress. She is best remembered for her supporting roles in Mrs. Doubtfire and Liar Liar where she was given the task of being stern and serious in response to the comedic antics of Robin Williams and Jim Carrey, respectively. Her other films included The American President, Midnight in the Garden of Good and Evil, Psycho and The Out-of-Towners. Her television career was a series of guest appearances on shows such as Cheers, The Golden Girls, Quantum Leap, NYPD Blue, Charmed and Curb Your Enthusiasm. She also appeared twice in the Star Trek franchise with guest spots on The Next Generation and Deep Space Nine and had recurring roles on L.A. Law, Mama's Family and Dharma & Greg.