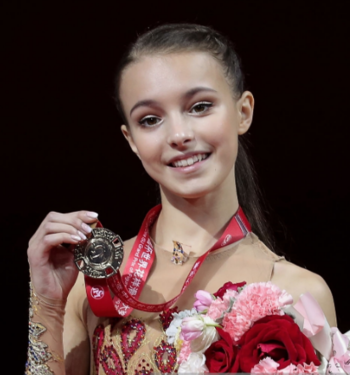 Anna Shcherbakova is a Russian figure skater. She is a two times Russian National Champion. She debuted as a senior in the 2019-2020 season.

She was quite well-known before even entering the junior competitions as she had landed quadruple jumps in training.

Shcherbakova trains in Russia and is being coached by Eteri Tutberidze.