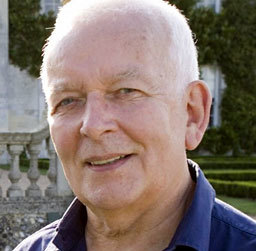 Andrew Wynford Davies (born 20 September 1936) is a Welsh screenwriter most widely known for his screen adaptations of novels, which includes a lot of Costume Drama as well as more contemporary works. For much of his adult life, he taught literature, his students including a young Sue Birtwistle, who would later produce his scripting of the famous 1995 BBC Pride and Prejudice. Though he was active in television starting in the 1960s, his career really took off in the 1990s with his adaptation of the political thriller House Of Cards, which was so popular that it influenced the book's sequels.

Davies has said that Jane Austen is his favorite author, and has adapted four of her six novels for television, starting with Pride and Prejudice for the BBC in 1995, riding the immense wave of popularity into a much shorter and more controversial ITV Emma the next year, then returning to Austen in 2007 and 2008 with ITV's Northanger Abbey and the BBC's Sense and Sensibility, respectively. Other famous adaptations include two of George Eliot's novels, Middlemarch (1994) and Daniel Deronda (2002), two landmark eight-hour Charles Dickens half-hour soap-opera style serials, Bleak House (2005) and Little Dorrit (2008), and two Anthony Trollope novels, The Way We Live Now (2001) and He Knew He Was Right (2004).

His work in Hollywood is a mixed bag — he enjoys the larger sums of money involved, but dislikes the lack of power the screenwriter has. Though the Bridget Jones films are relatively well-liked, he was vocal about the problematic process of adapting Brideshead Revisited, and was not the final writer on that project.

Works by Andrew Davies with their own trope pages include:

Other works by Andrew Davies provide examples of: