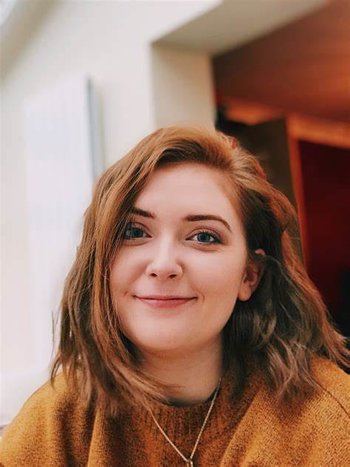 Alice Oseman is an English author, illustrator, comic artist, and screenwriter. She publishes Young Adult Literature novels and runs a Webcomic called Heartstopper. She was born in Kent, England in 1994 and publishes her novels through Hachette Children's Books, with an assortment of Bonus Material.

All of her work takes place in the Osemanverse, sharing the same world and timeline, along with many of the same characters. She recommends that her books can be read in any order. Her Signature Style involves contemporary stories about "disaster teenagers", exploring themes of friendship, mental health, and LGBTQ+ identity.

You can explore Alice Oseman's work at her author's website

and support her through her Patreon

The Osemanverse (in publication order):

Tropes associated with this creator's work include: