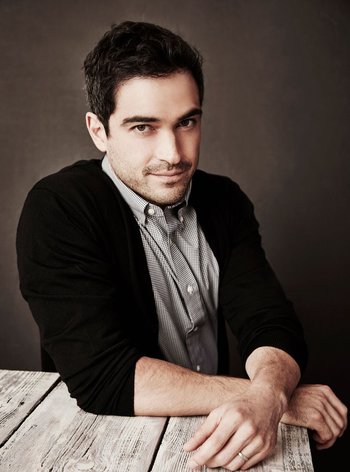 He's perhaps best known as one-sixth of the Mexican pop group RBD, who began out of the telenovela Rebelde. While the series itself only lasted for a little under two years between 2004 and 2006, RBD released six studio albums note including one English-language album and three Portuguese editions as a group till their disbandment in 2009.

After leaving RBD, Herrera continued acting in Mexican film and television, and provided the voice of Ted in the Spanish dub of The Lorax.

He's since branched out into English-speaking roles, appearing in the Netflix series Sense8 as Hernando, and playing the lead role of Father Tomas in FOX's The Exorcist.