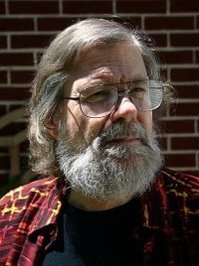 He has also written an award-winning non-fiction study of the field called The World Beyond the Hill with his wife Cory.