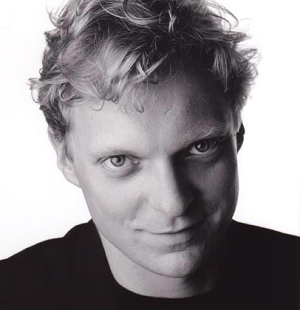 Alex Zahara (born October 31, 1965) is an actor & a voice actor from Grande Prairie, Alberta, Canada. Alex was born in Northern Alberta, and, according to his mother, has always enjoyed performing for others. He grew up loving the classics in acting, Bogart, Cagney, etc. Got involved with theatre while still in school, performing in a stage version of M*A*S*H. Took some time off to travel Europe and while lying on a beach in Greece, decided to go to Film School. Later, taught a class on "Acting for Teens" at the Vancouver Film School. He voiced Lockon Stratos in Mobile Suit Gundam 00, and Franklin Edmund in Thimbleweed Park.

He has played smaller parts in numerous sci-fi, fantasy, and horror shows, including Millennium (1996), The Outer Limits (1995), Dark Angel, Supernatural, The Dead Zone, Stargate SG-1, Battlestar Galactica (2003), Masters of Horror, Smallville, Sanctuary, Once Upon a Time, and The Man in the High Castle.