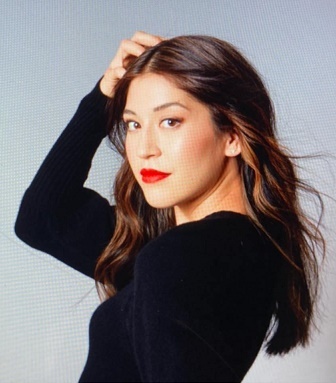 She was born and raised in the Menominee Indian Reservation in Keshena, Wisconsin, being of both the Menominee and Mohican nations. She's also deaf and an amputee with a prosthetic leg. Her first acting credit, which brought her much attention pretty much instantly, is the Marvel Comics character of Maya Lopez/Echo (who's been a supporting character of Daredevil), first appearing in the Disney+ show Hawkeye. Echo is set to have her own Spin-Off show down the line.