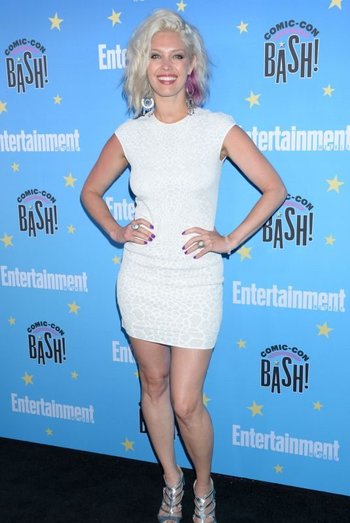 Alaina Kalanj (born April 17, 1980), known professionally as Alaina Huffman, is a Canadian actress. She is best known for her roles as Dinah Lance (Black Canary) in Smallville, Tamara Johnson in Stargate Universe, and as Abaddon/Josie Sands in Supernatural.

Tropes associated with Alaina and her career: