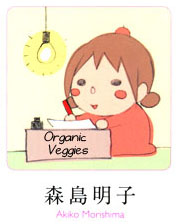 Akiko Morishima is a Girls' Love mangaka who specializes in realistic stories about romances between adult working women. Her works include Hanjuku Joshi, 20-Year-Old Girl × 30-Year-Old Maiden, and The Conditions For Paradise. She also provided the character designs for Yuri Kuma Arashi, as well as the art for its manga adaptation.