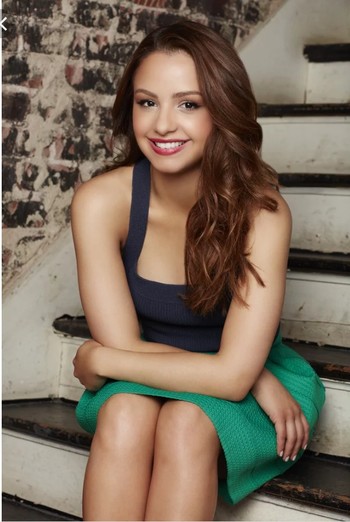 Aimee Carrero (born July 15, 1988 in Santo Domingo, Dominican Republic) is a Dominican-American actor. She is of Puerto Rican and Dominican descent. She is best known for her roles as Sofia from Young & Hungry, the titular Princess Elena of Avalor, and Adora/She-Ra from She-Ra and the Princesses of Power.