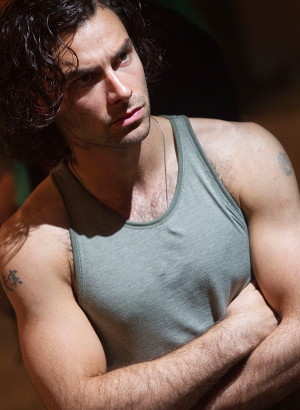 Aidan Turner (born 19 June 1983) is an Irish stage and screen actor, best known for playing Kíli the Dwarf in Peter Jackson's three-part adaptation of The Hobbit and Ross Poldark in Poldark. He was previously known for playing Dante Gabriel Rossetti in the 2009 mini-series Desperate Romantics, and Friendly Neighbourhood Vampire John Mitchell in the popular BBC series Being Human.