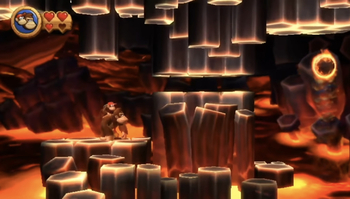 Realistically, DK and Diddy’s fur should be on fire.
Advertisement:

Countless video games have Lethal Lava Land levels that you don't lose health for just being in. For example: