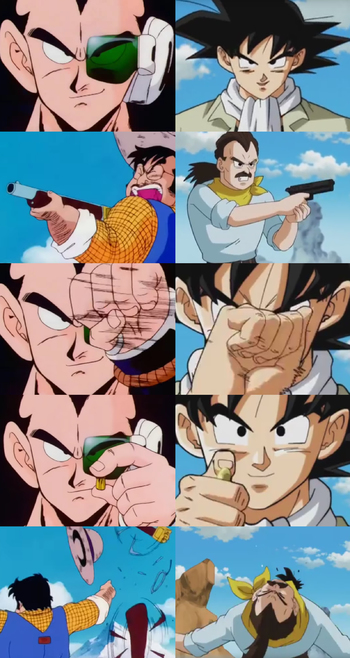 Given that this series has a lot of Continuity Nods to both Dragon Ball and Dragon Ball Z, it needs its own page to contain them all.