Comic Book / The Punisher: The End 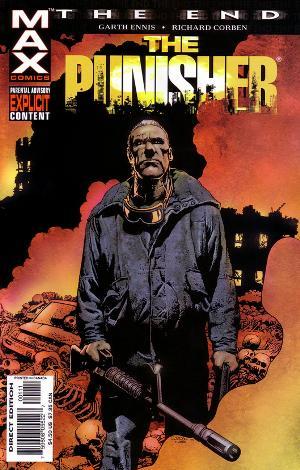 Judge, jury and executioner, even after the nuclear apocalypse.
"You see what I mean about the human race?"
— Frank Castle
Advertisement:

A dark Alternative Continuity comic featuring The Punisher, which was written by Garth Ennis, and published through Marvel's MAX imprint.

In a world desolated by nuclear war, Frank Castle, the vigilante known as the Punisher, exits a fallout shelter to embark on a mission to the bring people responsible for the destruction to justice.